The Lotus 98T was a development of the Lotus 97T of 1985. Of the four chassis built three were assigned to Ayrton Senna, now in his second year with Team Lotus, and one to team mate Johnny Dumfries.

Designed by Gérard Ducarouge and Martin Ogilvie the chassis featured a lower monocoque than the 97T as a result of a regulation change stipulating a reduction in fuel capacity to 195 litres. The powertrain consisted of the new Renault EF15bis turbo V6 engine driving through a Hewland gearbox.

The EF15bis was to appear in two forms, the standard engine and the "D.P." engine which featured pneumatic valve springs for the first time. At the end of the season Renault introduced the revised EF15C which in addition to the D.P. valve gear also boasted common rail fuel injection and much revised water cooling through the cylinder head reducing the likelihood of pre-ignition (detonation). Power figures for this period of F1 history are largely speculative as most engine manufactures freely admitted that their test beds would not have a sufficient power rating to measure the 1.5 litre turbos output at above 4 bar boost. It is generally accepted that the Renault EF15 produced between 1,200 bhp (890 kW) and 1,300 bhp (970 kW) at 5.5bar boost.

The gearbox came in two variants, a conventional five speed and a new six speed. The six speed was very much a development gearbox and was largely unreliable. While Senna opted to run only with the five speed, Dumfries was tasked with testing the six speed. Both gearboxes featured Hewland internals within a Lotus designed casing.

Other notable innovations of the 98T included a two stage ride height adjustment, water injection through the intercoolers, an early form of barge board (also present on the 97T) and an advanced (for the time) fuel consumption micro computer.

During the 1986 Formula One season the Formula One paddock was very much alive with speculation as to the legality of the Lotus 98T. The increasing rumours prompted Peter Warr, then Lotus team manager, to issue a press statement calling for the rumours to stop or for the teams to officially protest the car. No protest was lodged. 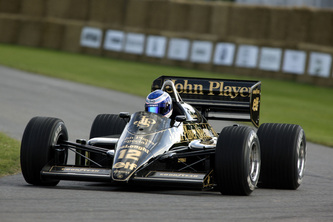 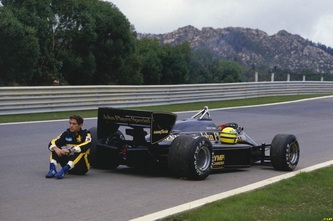 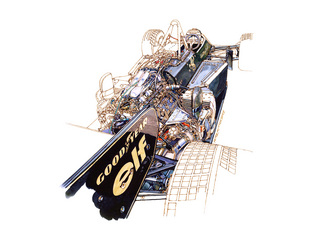