The McLaren MP4/7A was McLaren International's Formula One entry for 1992, and a follow-up to their successful MP4/6 from the previous season. The Williams-Renault combination was getting faster and more reliable, and became a formidable challenger to McLaren's dominance. McLaren used the McLaren MP4/6 chassis, designated MP4/6B for the slightly modified Honda RA122E engine, for the first two races of the 1992 season. The all-new MP4/7A was expected for the Spanish Grand Prix, the fourth race of the year. Due to Williams' speed in pre-season testing, Ron Dennis made the decision to bring the car out one race early, at the Brazilian Grand Prix. However, this was one month earlier than expected.

This was the first McLaren to use a semi-automatic transmission; it was a McLaren-designed electro-hydraulic unit with semi-automatic activation. TAG Electronic Systems (a technology partner with McLaren) helped with development. This system allowed the driver to keep his foot on the pedal, without lifting from it, since the throttle cable was replaced with an electronic sensor. It also controlled engine speed automatically during gear changes.

A variant of the car, dubbed MP4/7B, featuring an experimental active suspension system, was introduced in testing for that year's Portguese Grand Prix. It proved sufficiently unreliable, unfortunately, and it was not used for the remainder of the 1992 season. 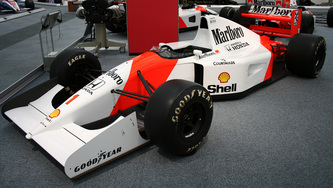 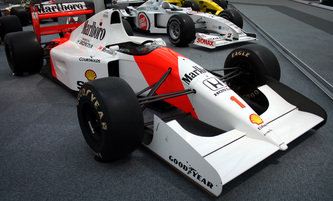 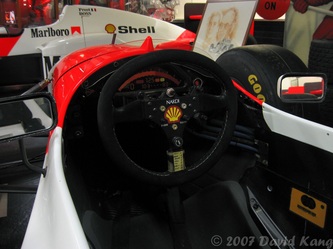