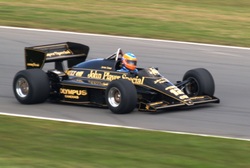 The Lotus 97T was a Formula One racing car designed by Gérard Ducarouge and built by Team Lotus. A development of the Lotus 95T of 1984, it was designed for the 1985 Formula One season by French engineer Gérard Ducarouge and powered by a 1500cc Renault turbocharged engine. Sponsorship came from John Player Special and French oil company Elf. The 97T was a simple design but was robust and powerful. It used elements from the defunct Lotus 96T Indycar project in the aerodynamics. The 97T featured another innovative piece of Lotus design: an early form of bargeboards.

Lotus' major coup for 1985 was signing rising star Ayrton Senna from the Toleman team to partner Elio de Angelis. De Angelis had finished third in the previous season's drivers' championship and had had many promising results with the 95T. The 97T was a natural development, but taking into account new sporting regulation changes over the rear wings of the cars.

The 97T was very competitive during the season, taking 8 poles, 7 with Senna and 1 with De Angelis and 3 wins. Senna's first was a brilliant performance in the 1985 Portuguese Grand Prix where he won by over a minute in monsoon conditions. His second came at Spa, held in wet/dry conditions. De Angelis added a third win at Imola after Prost was disqualified.

The 97T was fast but was unreliable. Senna in particular had a run of bad luck mid season, including a huge shunt at Paul Ricard; and he retired many times while leading which cost him a possible chance at the world championship. Eventually, Lotus finished fourth in the constructors championship. 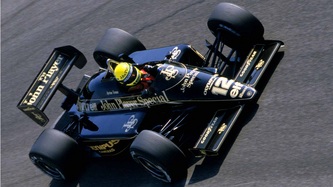 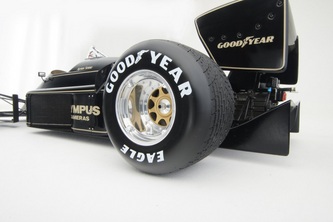 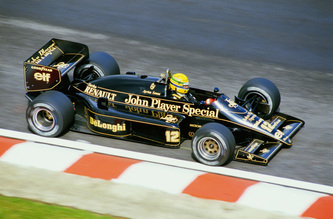