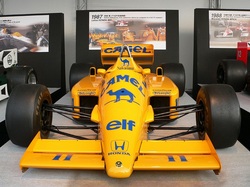 The Lotus 99T was a Formula One car designed by Gérard Ducarouge for Lotus for use in the 1987 Formula One season. After Renault pulled out of F1 at the end of 1986, Lotus signed a deal with Honda for use of their hugely powerful turbocharged 1500cc engine. As part of the deal, Lotus agreed to sign Satoru Nakajima as team mate to the mercurial Ayrton Senna. John Player Special were replaced by Camel as title sponsor.

The 99T was the first Lotus chassis to be fitted with electronic active suspension. The system's benefits of a consistent ride height with no pitch or roll in the chassis came at a cost, as the system added significant weight to the car and also robbed the Honda turbo of some power. Ducarouge clawed as much performance back by spending many hours in the wind tunnel to compensate.

The 99T proved to be competitive at the hands of Senna, who won twice and scored six other podium finishes during the season. The car was very good around slow and bumpy circuits like Monaco and Detroit (where Senna won both his races that year). This helped him and the team to third in the drivers' and constructors' championship. Senna also provided a poignant footnote that season, as his win at the United States Grand Prix was the final Grand Prix win for Team Lotus before he moved to McLaren for 1988.

The 99T was updated for 1988 to 100T specification; the car technically was virtually unchanged, except for a redesigned nose section, longer wheelbase and tighter rear bodywork. New team leader Nelson Piquet used the car to score consistently but was unable to add any further wins to Lotus' scoresheet however. 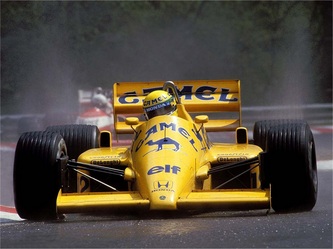 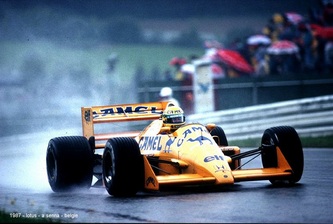 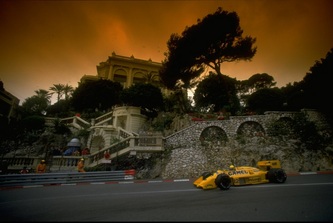